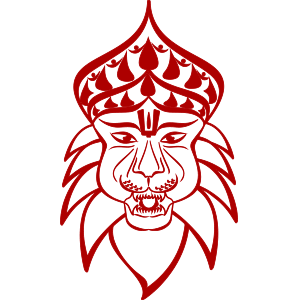 The verdict of all revealed scriptures is that by even a moment’s association with a pure devotee, one can attain all success.

By associating with persons for whom the Supreme Personality of Godhead, Mukunda, is the all in all, one can hear of His powerful activities and soon come to understand them. The activities of Mukunda are so potent that simply by hearing of them one immediately associates with the Lord. For a person who constantly and very eagerly hears narrations of the Lord’s powerful activities, the Absolute Truth, the Personality of Godhead in the form of sound vibrations, enters within his heart and cleanses it of all contamination. On the other hand, although bathing in the Ganges diminishes bodily contaminations and infections, this process and the process of visiting holy places can cleanse the heart only after a long time. Therefore who is the sane man who will not associate with devotees to quickly perfect his life?
(Srimad-Bhagavatam 5.18.11)
Sri Krsnadasa Kaviraja, the author of Caitanya-caritamrta, says that all good qualities become manifest in the body of a Vaishnava and that only by the presence of these good qualities can one distinguish a Vaishnava from a non-Vaishnava. Krsnadasa Kaviraja lists the following twenty-six good qualities of a Vaishnava:
He is very kind to everyone.
He does not make anyone his enemy.
He is truthful.He is equal to everyone.
No one can find any fault in him.
He is magnanimous.
He is mild.He is always clean.
He is without possessions.
He works for everyone’s benefit.
He is very peaceful.
He is always surrendered to Krsna.
He has no material desires.
He is very meek.
He is steady.He controls his senses.
He does not eat more than required.
He is not influenced by the Lord’s illusory energy.
He offers respect to everyone.
He does not desire any respect for himself.
He is very grave.
He is merciful.He is friendly.
He is poetic.
He is expert.He is silent.

A perfect devotee of Lord Krsna (Visnu).
He was the first son of Hiranyakasipu,
and his mother’s name was Kayadhu. 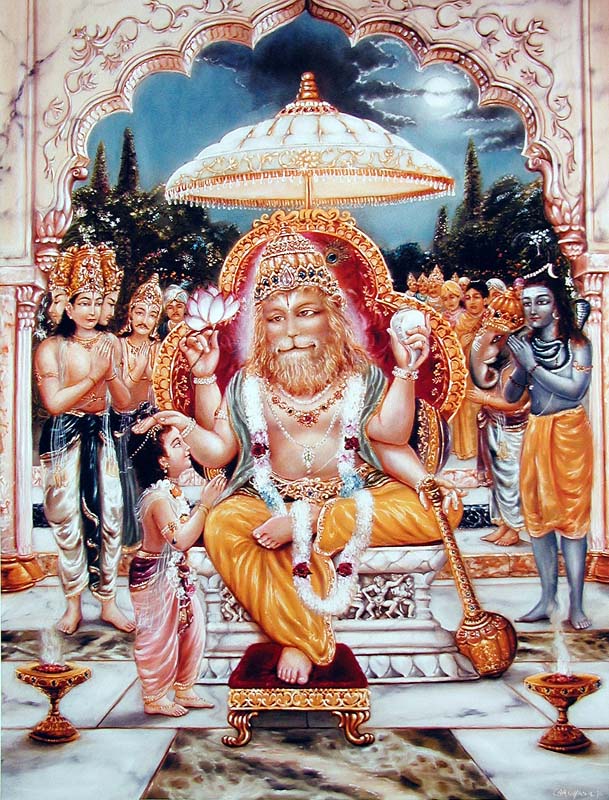 A perfect devotee of Lord Krsna (Visnu). He was the first son of Hiranyakasipu, and his mother’s name was Kayadhu. The history of Prahlada Maharaja, the great devotee of Nrsimhadeva, is narrated in the Seventh Canto of Srimad-Bhagavatam. Prahlada Maharaja, a small child of only five years, became the object of envy for his great father, Hiranyakasipu, only because of his becoming a pure devotee of the Lord. The demon father employed all his weapons to kill the devotee son, Prahlada, but by the grace of the Lord he was saved from all sorts of dangerous actions by his father. He was thrown in a fire, in boiling oil, from the top of a hill, underneath the legs of an elephant, and he was administered poison. At last the father himself took up a chopper to kill his son, and thus Nrsimhadeva appeared and killed the heinous father in the presence of the son. Thus no one can kill the devotee of the Lord.
Prahlada Maharaja had four sons, and the eldest son, Virocana, is the father of Bali Maharaj.
This verse composed by Srila Rupa Gosvami appears in the Padyävalé (53) and the Bhakti-rasämåta-sindhu (1.2.265):
sri-visnoh sravane pariksid abhavad vaiyasakih kirtane
prahladah smarane tad-anghri-bhajane laksmih prthuh pujane
akruras tv abhivandane kapi-patir dasye ‘tha sakhye ‘rjunah
sarvasvatma-nivedane balir abhut krsnaptir esam param